ALS – from my Perspective 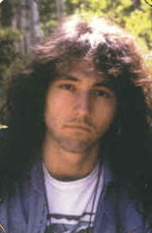 After several months of a pesky limp, Jason promised to get it checked out. We watched him walk to get on the plane he was taking to Los Angeles to audition for David Lee Roth’s band. We worried. He went to the doctor and called us with the information that he was going to be taking more tests. We said, “well, what is it? A pinched nerve from too-tight jeans? A pulled hamstring? Should you use hot packs, cold packs?” His response was, “oh, they said the worst it could be is ALS”, very matter-of-factly. We said, “ALS?!! What’s that? Lou Gehrig’s disease? That’s fatal! No way! How dare they tell you that. That’s ridiculous!” He agreed, but was going to take the tests the next week. He was staying with my dad at the time, practicing with David Lee Roth’s band, and loving it. The doctor trips were an annoyance, to say the least. I went to Los Angeles to be with him for the tests. 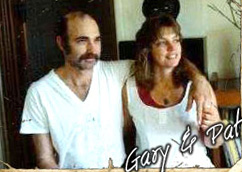 By that time, I was worried, scared and angry. We both tried to be positive, but at breakfast before the tests, Jason looked at me and said, “God, what if?” My thought exactly. We went through the tests. They took tons of his blood, checking for every possibility. They hooked him up to things, prodded, took spinal fluid, MRI’s, cut chunks of muscle out of his leg. The pain of seeing your son go through something like that is beyond belief. It was almost like a Felini movie, waiting for Jason to come out of the submarine-like machine that he had to go into and stay perfectly still for an hour. It was one of the first MRI machines and was parked in a trailer way out in the back of the hospital parking lot. The “waiting room” was a bench outside. It was cold and gray and damp and I sat on the bench crying, trying to summon up strength for when Jason was done. A woman passing by asked me what was wrong. I said, “they think my son might have ALS.” She gave me a few encouraging words and left. Jason finished and said we had to hurry because he didn’t want to be late for practice. We drove back to my dad’s house; he got his guitar together and took off for practice. As I watched him go, I broke down. I didn’t know how he was keeping it all together, but I wasn’t. Every time he left, I broke down. 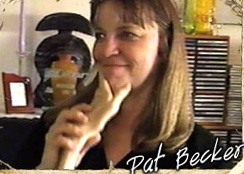 When the doctor called us both in for the results of all the tests, he said, “we have come to the conclusion that Jason has ALS, or Lou Gehrig’s disease. It’s a neuromuscular disease, unfortunately we don’t have a cure, but there are some things that we are working on, and the normal life span is two to five years, but that can vary with different people.” Jason’s immediate response was, can I still play? Go on tour? The doctor told him he should continue to live his life as he always has and he will know himself when he can’t do something anymore; there is plenty of warning. I took the opportunity to let the doctor know who he was dealing with here. As I clutched Jason’s knee, I said, “Jason has already done some pretty amazing things. He has will and determination made of iron and can play the guitar better than anyone I’ve ever heard, so he can probably get through this one.” The doctor said he was glad Jason had me. Jason smiled. We asked if Jason’s diet could make a difference. No, that’s not it, said the doctor. It’s not diet or vitamins. Just keep living your life and you will know when you have to slow down or stop. And he had other patients waiting, so we left and Jason went to practice and I cried. 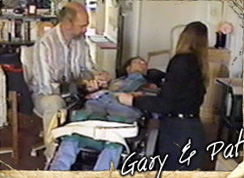 There were many more visits with experts, many more tests and experiments. Gary and I spent Jason’s 21st birthday with him in his apartment in Glendale. He wanted to go out with Marty and jam and party, but he had to get up early the next morning, go to the hospital and take a drug called Interferon. It was supposed to help. It only made Jason get a high fever and feel like he had a bad case of the flu for a day or two. After a couple of those shots, he decided not to do that anymore. He began to realize that the doctors and hospitals had little to offer, at this point, except the chance for Jason to become a guinea pig. He started to feel like he needed something else. He continued to work, got into healthier foods and vitamins and juices. We all tried to think of alternative things. We tried everything from aroma therapy, chiropractors, every kind of body work out there, Chinese herbs, everything there is out there to try, Jason has tried.